Join the community,
become a member!

The Board of Directors

In order to ensure that its members are fully represented, in terms of their location, the nature of their activities and the size of their companies, Valorial’s Board of Directors increased from 32 to 40 members in 2020, divided into 3 colleges (industrialists, research & training bodies, professional organisations).
A more important place is thus given to SMEs and players from the Pays de la Loire and Normandy regions, and the proportion of women on the Board of Directors is increasing.

Chaired by Eric Philippe (Merci les algues), elected on 10 July 2020, the Board of Directors meets once a quarter.

The Bureau: 10 members and 3 vice-presidents

Another new feature since July 2020 is a more collegial mode of operation for the 10-member Bureau. Tested since 2019, it is intended to be strengthened according to the will of the new President. Thus, 3 vice-presidents have been appointed to interact with the local authorities of the 3 regions covered by Valorial: Brittany, Pays de la Loire and Normandy. 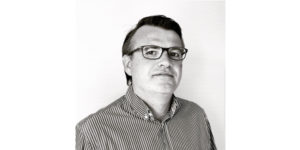 Eric Philippe is an agricultural and agri-food engineer, trained at the Purpan engineering school in Toulouse. He completed his studies at HEC and the French Institute of Management. He was Managing Director of Altho (Bret’s) for 15 years until 2007 before joining the Avril Group as DGA in charge of the animal sectors until 2017. He is a transitional manager in the agricultural and agri-food sectors and has since been Vice-President of the Merci les Algues association.

“Valorial is an opportunity and an undeniable asset for our agri-food sectors and our Regions. Innovation is essential for our regions and our companies in order to maintain our markets and export in a world of low-cost products, often imported. This innovation is at the crossroads of the professions and expertise of the various regions. It is also at the crossroads between companies, where small companies need the larger ones and vice versa. Valorial makes this possible by networking companies and regions. The cheapest is often the most expensive when you include the health and environmental components, a nod to Pierre Weill who is leading this fight with Bleu Blanc Coeur and Valorial. This is becoming more and more obvious, but it needs to be repeated and proven again and again to the sales networks and consumers. With a very involved Valorial governance, supported by a very professional team, we will continue to promote innovation and to make it known.”
Eric Philippe